Schulenburg Police Chief Troy Brenek reports that officers responded to 96 calls for service and three reportable incidents were investigated during the week of Aug. 31 through Sept 6.

Included were one DWI, one criminal mischief, and one possession of controlled substance arrest. 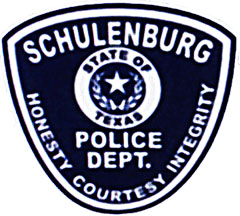